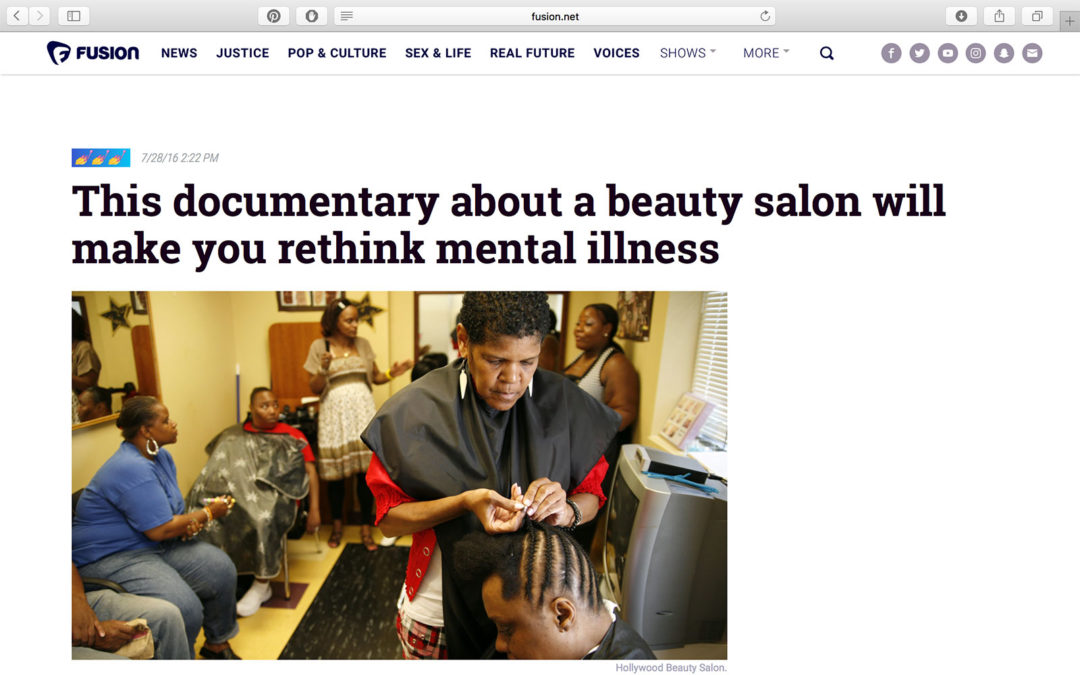 What sets Hollywood Beauty Salon apart even more is that its stars had a hand in making the film and telling their own stories: through a series of workshops, the personalities that we meet in the movie worked with filmmakers to tell their own stories on their own terms, through animation, staging hypothetical conversations with their younger selves, or even using a harness rig and a green screen to “fly.”

Hollywood Beauty Salon is a colorful and inspiring documentary about surviving mental illness and violence, struggling with loss, finding courage for recovery, and discovering the beauty inside each one of us.