You can also use the YouTube embed code and other options available there to share the trailer. Sanetta (a.k.a.) braids Sheryl’s hair inside the Hollywood Beauty Salon Rachel (a.k.a. Hollywood) gives Anthony a shape up. Darlene, Rachel (a.k.a. Hollywood), Crystal, and Sanetta (a.k.a. Butterfly) Darlene hugs a younger version of herself, portrayed by an actress Rashida looks out for Paris who is her best friend.

I first encountered the Hollywood Beauty Salon when I was hired to create a video portrait of the Germantown Recovery Community for NHS Human Services. I spent thirty minutes with “Hollywood” and “Butterfly” (Rachel and Sanetta) and I was tingling the entire time. I loved the intimacy of the place. Rachel’s eyelashes amazed me. More importantly, her words touched me. I was moved by their friendship, warmth, and honesty.

I knew I wanted to return, to learn more and to make a film.

Now, more than four years later, the film is made and the men and women of the Hollywood Beauty Salon shine as brilliantly today as they did on that first day I encountered them.  Such wisdom, such love and caring support.

There are many lessons about life to be shared by people who have lived so much, but who have rarely been asked about their experiences. Even more rare is the opportunity to use a creative medium like film explore their lives and portray worlds real and imagined.

Hollywood Beauty Salon presents portraits of full, complex human beings who are connected by this one space – a tiny beauty salon that is part of a mental health recovery community. They support each other as they work on their many challenges.

Many of the sad, often heartbreaking, stories of struggle and trauma are told in beautiful and compelling ways. The film fuses documentary, drama, animation and music – lively and engaging ways to enter these people’s lives. It was very important to me as a maker that diagnoses do not become the way that a particular person is identified in the film. I didn’t want viewers to walk away talking about “the person with bipolar disorder” or “that person with schizophrenia.”  Rather it was important for me to stress the things that we all have in common. My happiest moment is at a Q&A after a screening when people refer to Butterfly (Sanetta) as the “woman who wanted to fly,” or Ed Kozempal as “the flute player,” or Darlene as the “woman who wrote the play for the film.”  I love that they are all considered people first, and that their illness is secondary in their definition of themselves. As Anthony says in the film,  “I am not my diagnosis.”

I am a maker who enjoys looking at my community. The subject matter, however, is universal. In fact, that is their strength: stories from a particular place that strike deep chords of humanity. Characters in my films all have one thing in common.  Strong men and women who face seemingly insurmountable challenges. Triumph, sometimes, but always struggle. I find beauty, inspiration and strength in the struggle.

I’m also influenced by the literary tradition of magical realism, and am thrilled that the film has flights of fancy and imagination that present the film’s subjects in new and visually stirring ways.

There is value in looking at these lives, sharing these journeys. Our film shows imaginative, compassionate, funny, hard working, human beings . . . brave enough to confront the things that hurt them and strong enough to challenge them in order to move forward in life. 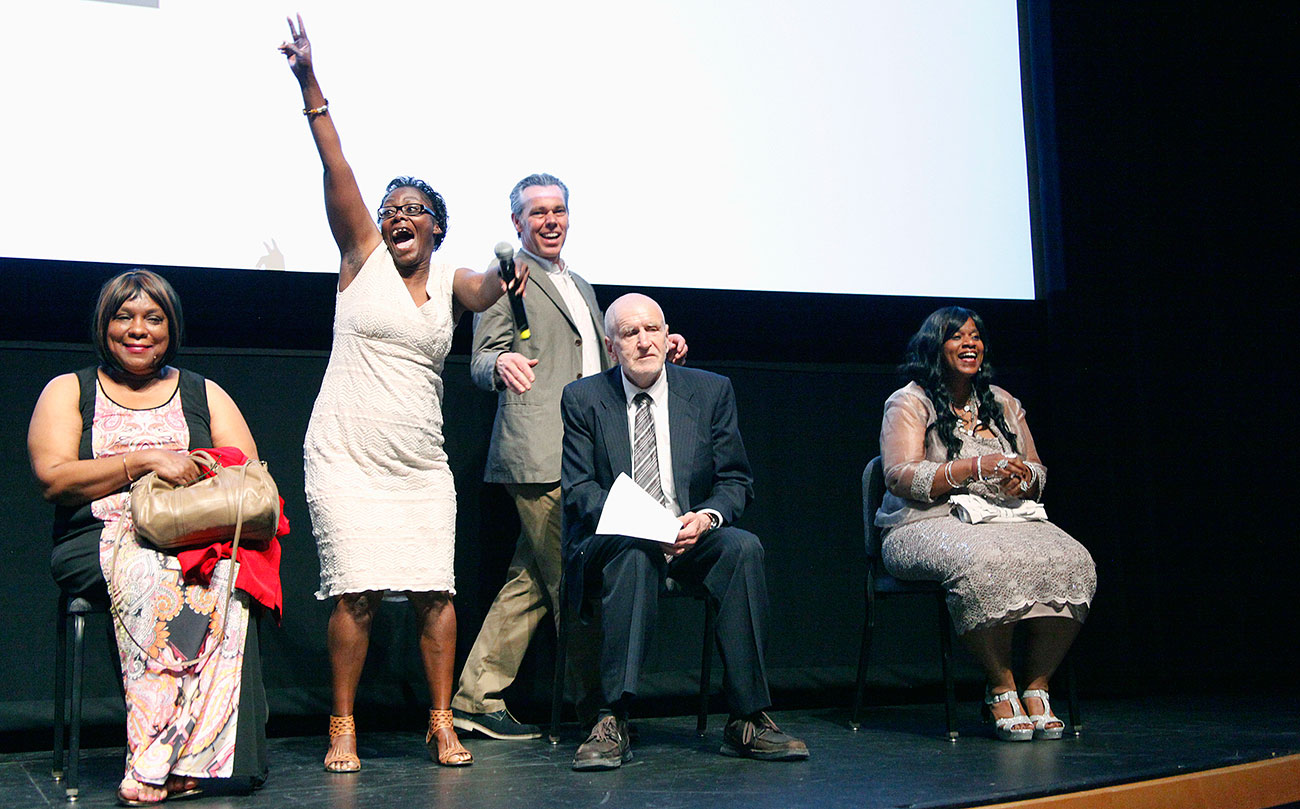 Hollywood Beauty Salon epitomizes what we all want — which is to have a life, go through happiness and sorrows with our friends, and be with family and those we love. It also gives people the opportunity to fulfill a dream. How cool is that?
Joan Erney
CEO, Community Behavioral Health

I found myself in the movie. . . it brings out the “Hollywood” in everyone.
Veronica D. Carey, Ph.D., CPRP
Associate Professor, Behavioral Health Counseling Department, Drexel University

There’s a lot of joy, there’s a lot of laughter in the film. People are connected to things they love.
Maiken Scott
Behavioral Health Reporter, WHYY-91FM

We see in this movie an entirely different way of thinking about how you interact with individuals, how you empower them and encourage them to be the people they really are beyond whatever illness, diagnosis that there might be.
Audience member

A brave and creative endeavor to portray what real recovery looks like – taking people from trauma and bringing their dreams to life – inspiring!!
Edie Mannion
Director and Co-Founder, Mental Health Association of Southeastern Pennsylvania

This moving, important film explores issues too often ignored: minority communities and mental healthcare, trauma and its intersection with mental illness, and the nature of recovery.  It does it all it all with humor and delight… a joy to watch!”
Liz Spikol
Senior Writer, Philadelphia Magazine